Our Client – The Vendor

SRO Group provides turnkey engineering solutions for the design, manufacture and integration of electrical infrastructure for heavy industrial projects. As a genuine OEM manufacturer, it had owned and operated manufacturing facilities in both Australia and mainland China for over a decade. Since inception, the Business had invested heavily in the development of a complete product portfolio – designed in-house by its experienced Engineering, Design & Compliance team. This was supported by a staff of 60 using the latest technology and software to ensure efficient manufacturing techniques, product quality, repeatability and document control. The Business holds a strong market position and deals with a diversified range of industrial customers across various industries including mining, materials handling, energy, rail, etc.

Having previously sold SRO Group’s Mechanical Division in 2013, Johnsons Corporate was approached by SRO’s director to assist with finalising negotiations for the sale of the remainder of SRO Group. The Business was already in advanced discussions with an ASX-listed public company, which would offer SRO’s shareholders a larger partner, with deeper financial resources, to help take the Business through its next growth phase. The engagement was estimated to take approximately 3 months for the completion of negotiations.

Johnsons’ first recommendation to SRO was to avoid dealing exclusively with just a single buyer. In our experience, these situations – in which there is no 3rd party competitive tension – place major constraints on the vendor, limiting their influence on the terms and timing of negotiations. Instead Johnsons advised SRO to concurrently approach a number of additional prospective buyers while negotiations with the ASX-listed buyer continued. This would reduce reliance in dealing with a single party as well as introduce competitive tension.

In the meantime, after 10 months of complicated negotiations, the primary ASX-listed buyer finally put forward a non-binding offer. However, two weeks later, the company itself became the takeover target of a larger publicly listed company, and all offers & negotiations went out the window. Fortunately, having a number of other interested parties on hand, a back-up buyer was quickly identified in the form of a well established trade operator. Within two weeks of the primary buyer dropping out, Johnsons securing Offer & Acceptance with the eventual buyer – one of the shortlisted targets from Johnsons’ custom research.

(Read more about how using a Specialised Mid-Market Business Broker Approach to selling your business could get you a better outcome – just like our client).

A subsidiary of a much larger private enterprise, Murray Engineering is a Western Australian headquartered mining and industrial products & services provider. Its acquisition of Newcastle-headquartered electrical & mechanical engineering company, SRO Group, dramatically expanded Murray’s national service offering and created a powerful combined business, with estimated annual revenues of $75 million and more than 230 employees in strategic locations across Australia and in China.

What Our Client Had to Say

"What I had expected to take about 12 weeks ended up taking more than 10 months. In the end, at the twelfth hour of negotiations, our ASX-listed buyer was taken over by another public company, all discussions then ceased and they were gone. Because of all the work Johnsons had been doing in the background, about two weeks later we were in a position to accept another more attractive offer from a large privately held Western Australian Engineering Group... We would have never got a deal across the line without the help of Johnsons Corporate. Their persistence in approaching other buyers even during the mining crash paid off. We have no hesitation in recommending the professional services of Johnsons Corporate to other owners considering a sale of their business. Thank you Johnsons." 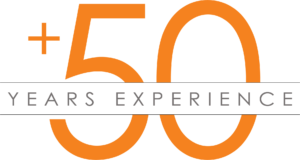 Speak Confidentially with one of our Directors

For quarterly updates covering recent sales and acquisitions of Australian mid-sized, private businesses with values between:
$1M to $50M.